Skip to content
Lots of Great Changes a Happening 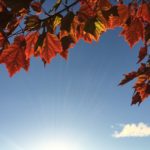 Lots of Great Changes a Happening. At the conclusion of every summer and at the entrance of every fall, I disappear into my own personal think tank to ponder the upcoming year. I reflect on what previously worked, what could be improved, what news alternatives could be offered and, most of all, what is best for you, my beloved fellow authors.

During that time, I leave no stone unturned, pondering everything, including the design, intent and direction of this newsletter.

Beginning next month in November, you will begin seeing some substantial alterations to this newsletter including it being renamed, after the title of my most recently completed and yet released book, to The Oracle of Writing, which will focus, as its title states, on the oracle that writing can be. Thus, beginning in November, it will begin taking a very broad, but thorough step into this topic.

The Oracle of Writing will come out once a month at the beginning of each month followed a few weeks later by a second, completely different form of my newsletter, featuring a guest blogger/presenter. Each form of the newsletter will carry with it a specific, timely theme, followed later that month by a webinar class of the same theme presented by both myself and my guest presenter.

More on this later.

Next year, as well, currently, I am committing to four Write Your Book in a Weekend Retreats, three in magical, mystical and wonderful Sedona (March, August and November) and a Groover sponsored retreat in Honolulu in May.

My 2018 Sedona based retreats will also be taking on an added dimension where attending authors will be able to extend their retreat experience for four more days so as to complete the revision of and readying for publication of their beloved books.

2018 will also feature the release of another dream come true for me – The World’s Top New Author Contest, as sponsored by me.

As you can see, many exciting things are happening. More on all of these in future additions of this newsletter. … Tom